Whatever happens, we have got the Maxim gun, and they have not...

As part of the 'arms race' in our games of The Men Who Would Be Kings, George and I have decided to increase our Field Forces to 36 points, so he can include some natives with pointy sticks on camels, and me some artillery! :-) 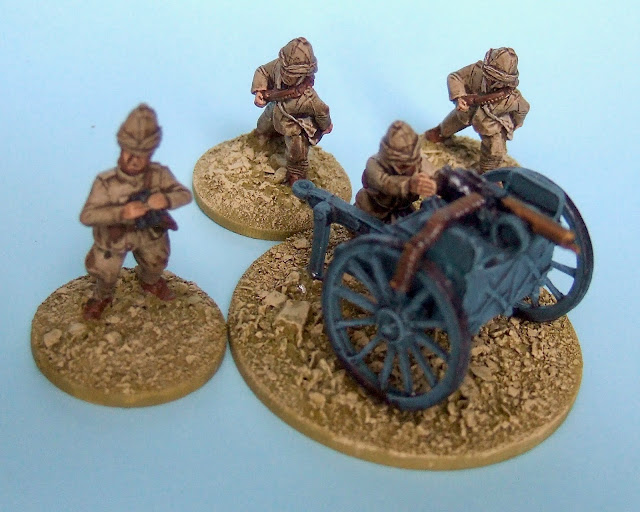 My Perry Miniatures order arrived yesterday so I haven't had time to paint up the 9 pounder for tonight's game, but I have painted up (dipped) two Old Glory Maxim on Gun Carriage and crew! I am applying a bit of the 'rule of cool' here and the Hollywood approach to force composition as the Maxim is a bit late for the early Sudan campaigns, but in the game it is just a machine gun so the fact it is more 1897 rather than 1885 won't make any difference gaming wise. 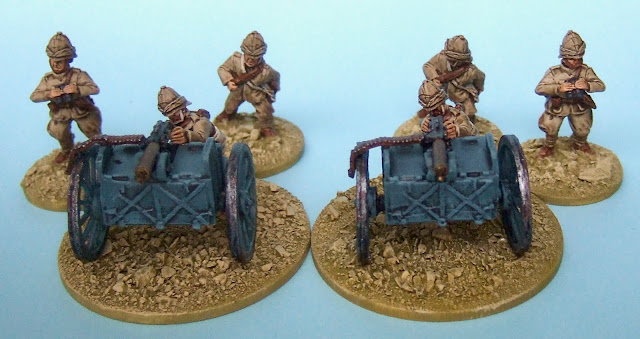 The pack contains two guns and six crew, which is a bit of a pain, as the rules require four crew a gun, but as a Field Force can only contain one artillery piece (cannon or machine gun) I have enough for tonight and will source a couple more miniatures in case the 'arms race' ends up with us trying to re-create Omdurman or something...

Email ThisBlogThis!Share to TwitterShare to FacebookShare to Pinterest
Labels: Colonial wargaming, North-West Frontier, Second Boer War, Sudan, The Men Who Would Be Kings