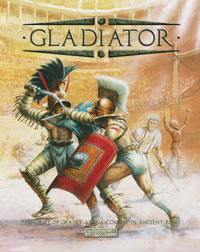 Warhammer Historical appear to be on something of a roll this year after the single release of WAB2 in 2009, they've not only knocked out Kampfgruppe Normandy this year but now followed it up with Waterloo and Gladiator.

The latter has piqued my interest given my fascination with the genre, especially as it appears to not only deal with one-on-one combat (which usually becomes a dice rolling contest) but more expansive multiple-figure battles, introduces elephants, as well as naval gladitorial games (which might convert to Viking naval battles), with chariot racing thrown in to boot.

The sample spreads (see below) look really nice and it appears that the acclaimed LOTR combat system is being used (which is great if it is). I am going to resist the urge to buy this now, despite it being a good price at £20 as I've enough on the go at present and am just going to add it to my Amazon wish list!! :-) 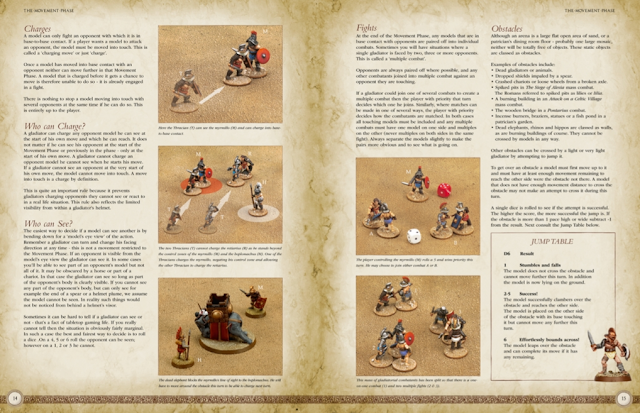 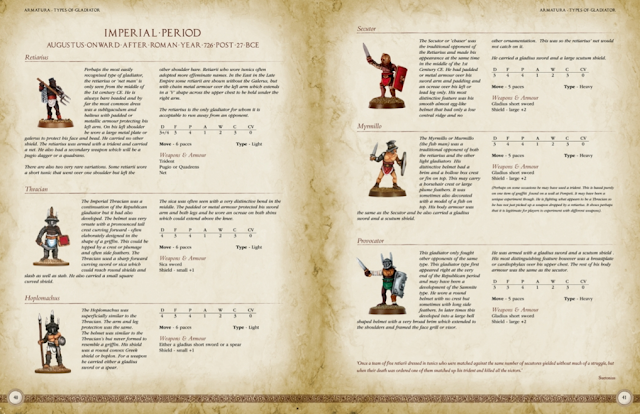 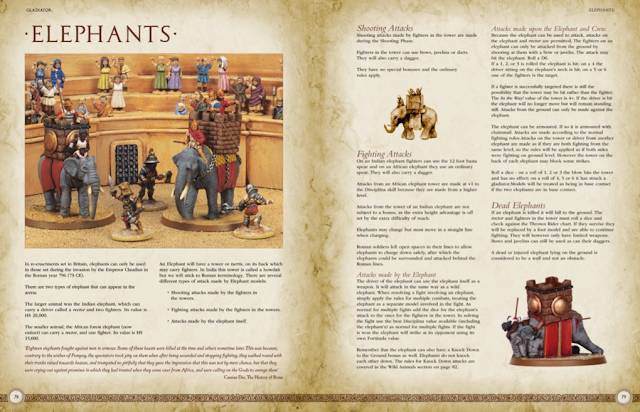