Back to the aeroplanes this month as I need to finish off the last few so we can get the 2nd edition of AirWar: 1918 out. With this in mind I finished off the two 1/144th Der Kampfflieger Sopwith Triplanes I bought from Shapeways. 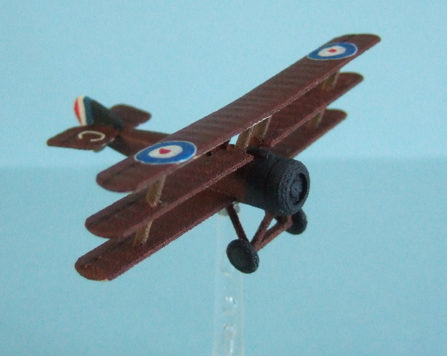 I had read a number of negative comments on the Wings of War forum about the models, more specifically the material they are made out of (described by Shapeways as White Strong and Flexible) but as you can see here it paints up nicely enough and the end result is more than acceptable. 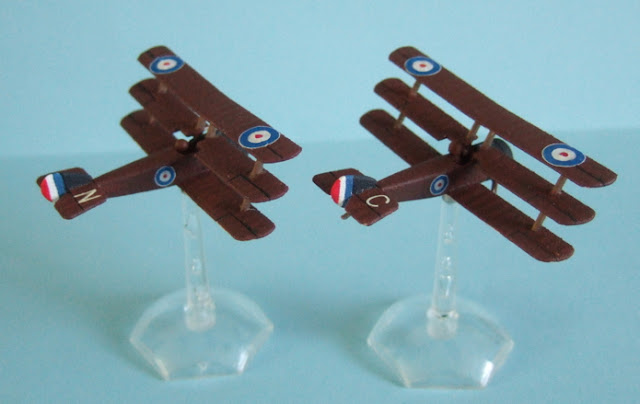 I painted the models up as two of the famous 'Black Flight' of 10 Squadron RNAS (namely the planes flown by Raymond Collishaw and Gerald Nash). Whereas the the RFC painted their planes PC10, the Naval Air Service painted their's PC12 which apparently had a more brown hue. There is a LOT of debate about exactly how red/brown/green this colour was but in the end I went with Tamiya XF-68 Nato Brown. The roundels are from (the ever reliable) Dom's Decals, whilst the lettering (which was a real bitch, these are the second C and third N) from Fox Transfers. There should also be letters on the fuselage but I didn't trust myself to paint it neatly enough at the size required. 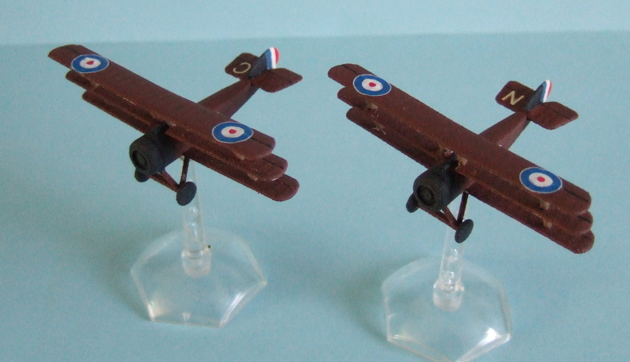