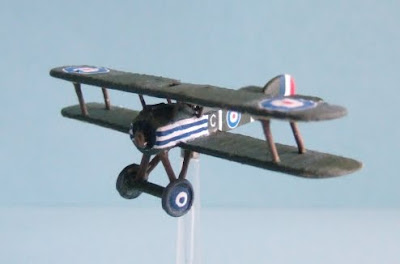 One of the problems with British planes in WWI is that, out of all of the major powers, they are probably have the most boring paint schemes. I had intended to paint my Skytrex Sopwith Camels up as members of Biggles' 266 Squadron, but looking at RFC/RAF Camel paint schemes for the Western Front I was overwhelmed with boredom! Luckily the Royal Naval Air Service used colours and patterns to identify its planes so I decided to paint up two of my Camels as members of 10 Naval Squadron.

These two Camels sport blue and white strips which was painted on all C Flight machines (A Flight had black and white stripes, B Flight red and white stripes) as well as the flight letter on the fuselage just behind (aft?) the cockpit. Individual pilots were identified by the markings on the wheels. The one here with the white circles is Lawrence Coombes who shot down 15 enemy machines during the war. The other with the diamonds is a hypothetical design.
All markings are hand painted apart from the roundels which come from the wonderful Dom's Decals (who are planning to release a set for 9 Naval Squadron who were quite colourful themselves). 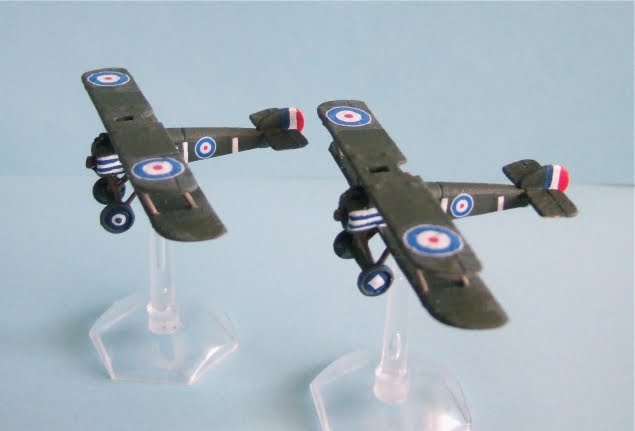