Chariots Rampant: The Fugitive From Sumer...

For our third Chariots Rampant game working our way through the scenarios in the Lion Rampant rulebook we came to scenario three; The Fugitive. In this scenario the Hittites had to locate and rescue a member of the Lord's household who had escaped from the Sea Peoples. Lacking a suitable human to rescue we used a dog! 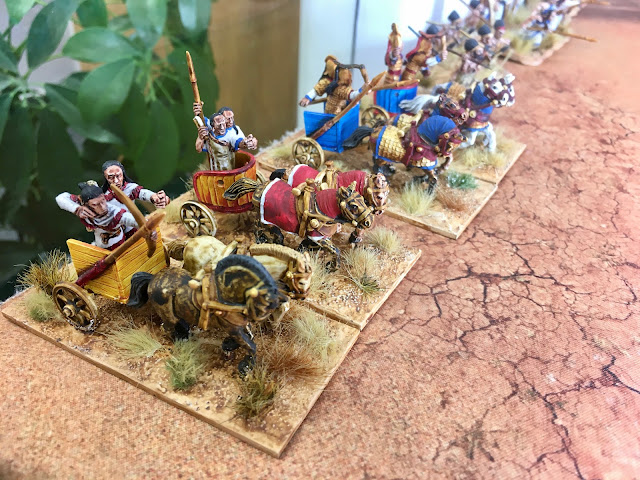 In the scenario six areas of rough terrain are spread evenly across the board in one of which the dog is hiding. 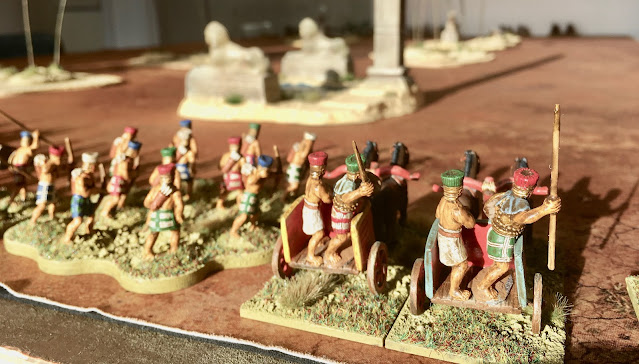 Kubaba orders his army forward to find the enemy dog, only to be ignored! 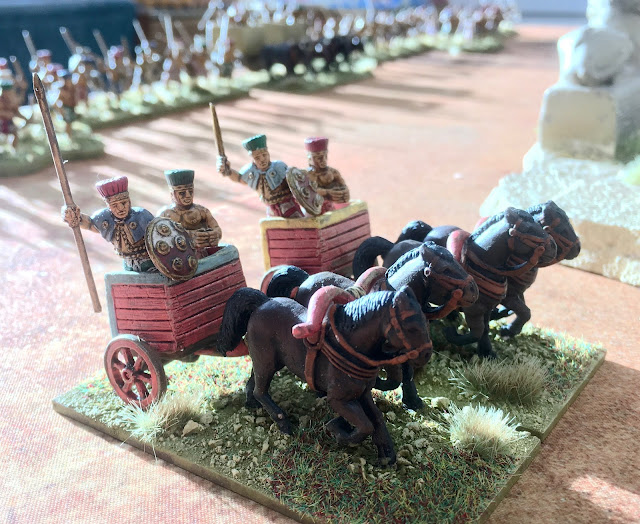 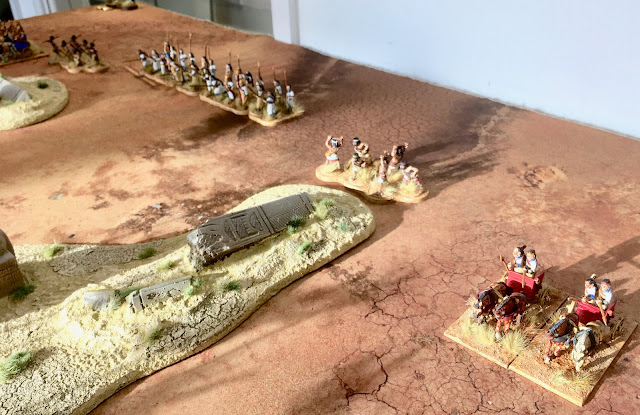 And within three turns a group of Bedouin scouts had reached the first piece of rough terrain. 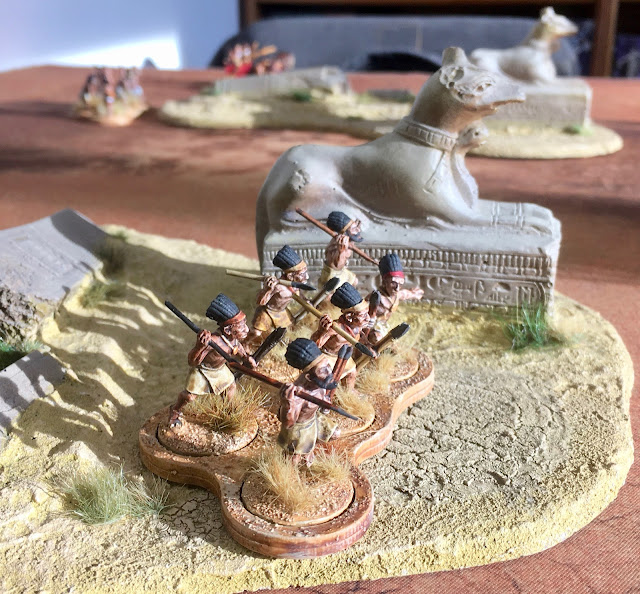 They had to roll a D6 to see if they discover the fugitive dog needing a 6 for the first piece of terrain, 5+ for the second, 4+ the third etc... I was not surprised when George rolled a 6. 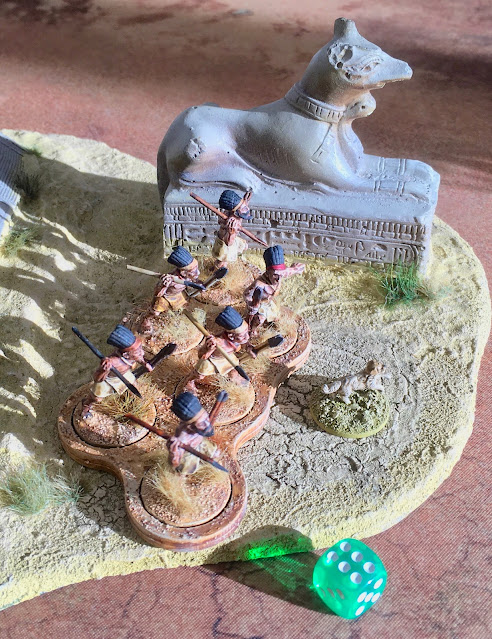 Having discovered the dog and being just three moves from safety with the Sea Peoples still stood around the other side of the board we concluded the scenario as a resounding Hittite victory.

Well that was probably the shortest game we've played! I'm not sure the scenario is well thought out as what happened here can happen quite easily. It would have been better if the fugitive was randomly allocated to a piece of terrain on a D6 roll (known only by the attacker - the Sea Peoples here) and the defender having to amass a task score on D6 rolls as in Sharp Practice.

So having spent more time setting up than playing we decided to try scenario 4 in the rulebook...