Even though the heavy tanks are what attracted me to the idea of the late fifties I am still going to need some of the more common medium tanks and for the Soviets this meant the ubiquitous T-55, which by 1958 was the mainstay of the Soviet Union's armoured forces. 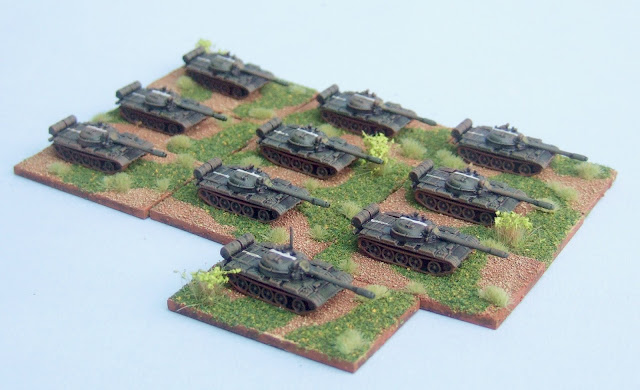 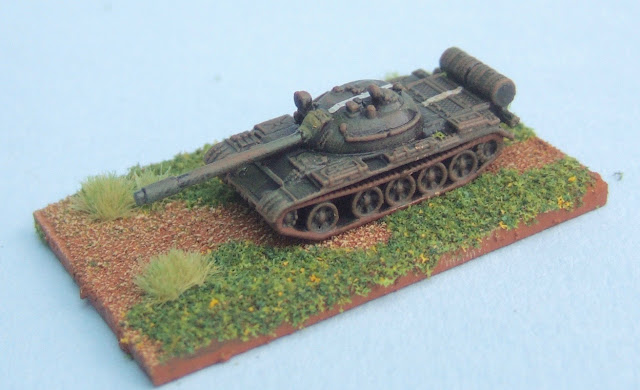 If you are wondering about the white stripes on these (and the T-10M's), it was common practice for Soviet forces to paint recognition stripes/crosses on their AFV's from late WW2 on through to at least the invasion of Czechoslovakia in 1968. Given I was going to struggle painting three digit numbers on the turrets (which may well have been overpainted in a real war as evidenced in Afghanistan) I've decided my Soviets have painted a single white stripe over the turret and engine deck as a visual aid.