I had a bit of a painting and dipping splurge on my Rebels and Patriots AWI Americans last week in an effort to get more of the army on the tabletop painted (shamed in some respects due to the excellent terrain Jim at BIG had laid out for a game).

Loosely based on the American army at Guilford Courthouse, I finished two more Militia units to go with the previously painted North Carolina Militia. Unlike the North Carolina troops, these two units have generic rebel standards from Maverick Models so could be any Rebel Militia unit (or indeed with a change of flag Loyalist Tory Militia or even American Militia in the French & Indian Wars). 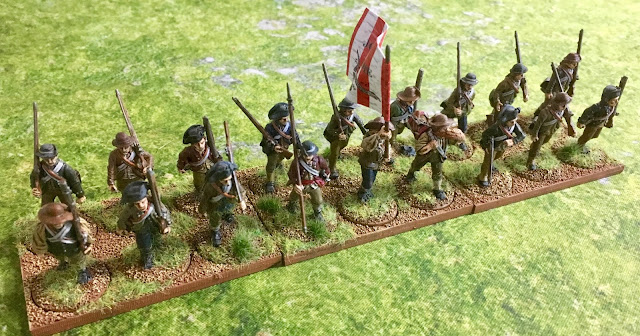 As with the North Carolina unit, the figures are a mix of Perry plastics and metal, though I added some Foundry figures in for some more variation. Given they are all Perry sculpts they sit together nicely and I can't quite remember which ones are which. 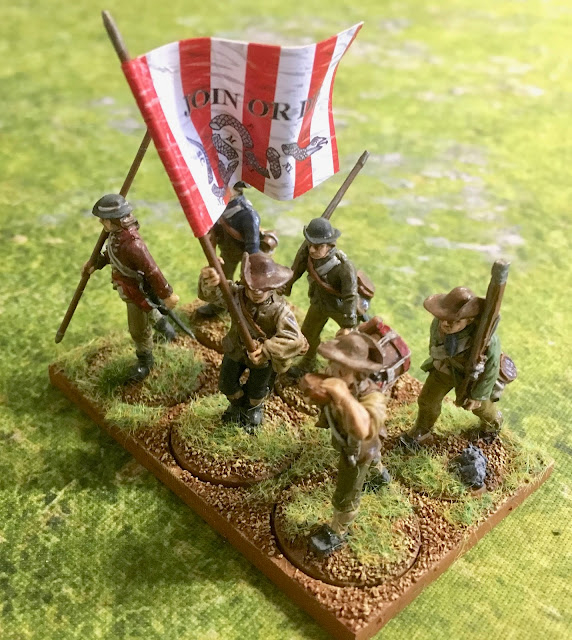 Painting once again was a case of block paint, dip with Army Painter Strong Tone and then pick out a few highlights (mainly flesh areas and the crossbelts), giving a grubby campaign look. 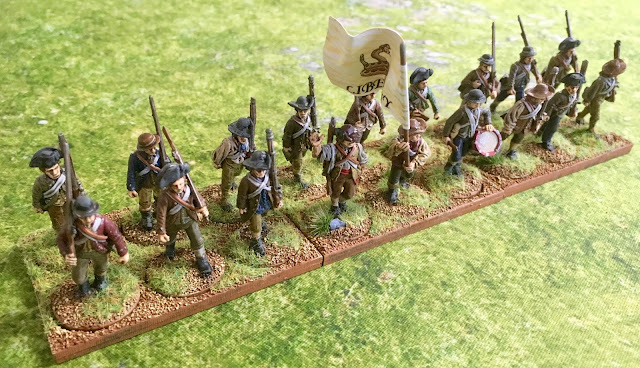 The more keen eyed amongst you will notice that the units are both 18 strong. We had been experimenting with 'large units' in Rebels & Patriots and concluded we liked the feel that gives the game (and it means my Militia sometimes last a couple of turns longer before getting to half strength and a dreaded permanent Disorder marker). 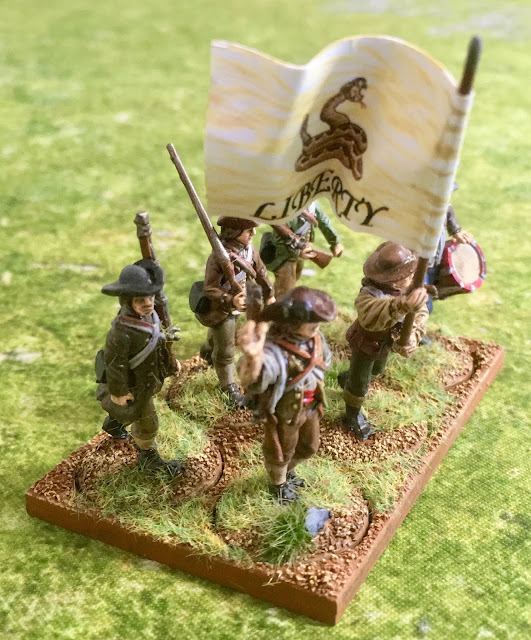 I also painted up a Perry mounted officer. Technically in the rules, one of the officers from a unit is the leader of your army, but George and I liked the look of a mounted figure as our "General", so whilst he serves no purpose other than indicating the unit with the commanding officer, it does look nice on the table... 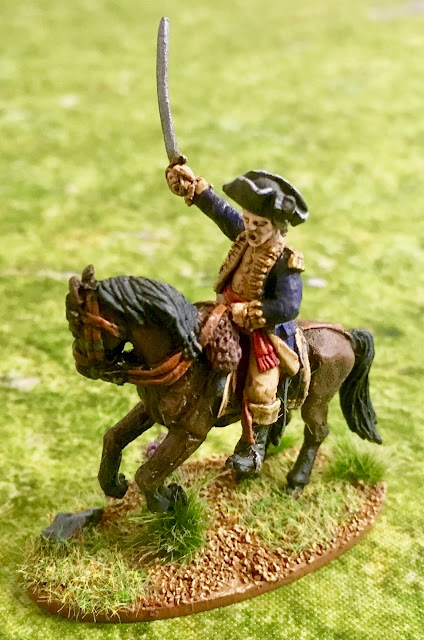