Nothing says North West Frontier more than a unit of Gurkhas, yet despite their iconic and legendary status, neither Perry's or Artizan have sculpted any in their colonial ranges. Consequently I was left with just two choices, Foundry and Old Glory. I opted for the latter... 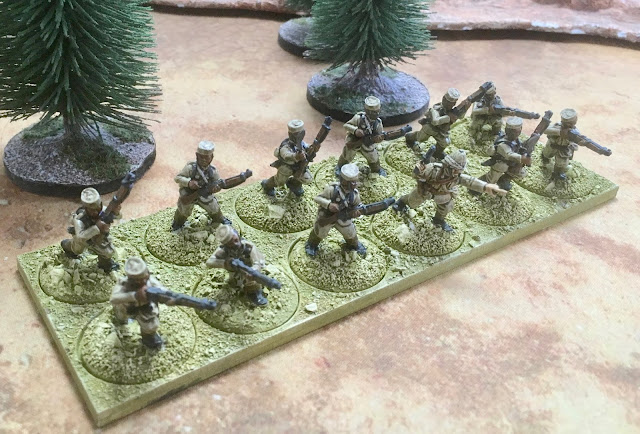 They are probably not as good as the Foundry sculpts, but were cheaper and are decent enough. Using the spray, paint and dip approach used on my other Imperial Colonial figures, they look pretty good on the tabletop.

The less said about their first run out on the tabletop the better, the battle report is en route to GHQ and no doubt will see certain officers cashiered!
Posted by Steve at 09:51:00