The Men Who Would Be Kings: While Their Bayonets Shone Bright...

Apologies for the lateness of the report of this week's stramash in the Sudan against George and his Mahdists, real life and all that...

We decided to try the Take The High Road scenario from The Men Who Would Be Kings, with my gallant British Field Force attacking and George's Beja stabby guys defending. The scenario is based on 24 points v 18, so we upped that to 36 v 27. Once again we used the Principles of War terrain rules which saw George place two oasis and hill in front of my deployment line and me some rough ground off to one side.

The objective of the scenario was to seize a hill within 12 turns. As I had lots of guns and George not very many we both thought this would be a walk in the park for the British.

Unfortunately it did not work out that way... 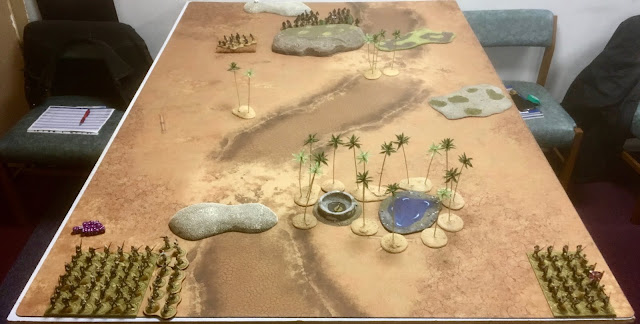 As you can see, George decided to mitigate my firepower advantage by hiding the bulk of his force behind the hill. As Attacker I would be going first each turn so he had an advantage in the last moves would be by his force - if they were able to!

The British Field Force slowly moved down the table with the 1/66th, 92nd (Gordon Highlanders) and 15th Bengal Native Infantry (Ludhiana Sikhs) all refusing to move at one point or the other much to my chagrin wasting the limited turns available.

George sat and drank his tea and checked his emails (for the first six turns!). 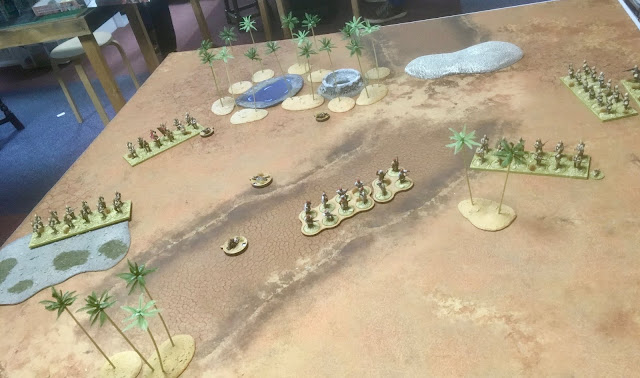 My "cunning plan" was to advance down the battlefield flank and hit the hiding guys with stabby sticks in the flank. I threw two units down the other side in the hope George might be tempted to ally forth and attack them (under the Victory Conditions, whilst he would get 2VP for destroying two units - if he did - the hill gave 5VP).

As I neared the hill my troops encountered some Mahdist Irregular Infantry in some rough ground. The 92nd opened fire killing just one. 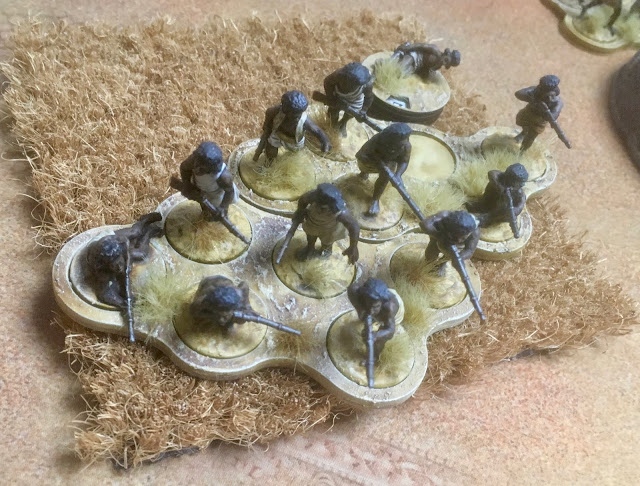 Next turn the 3/66th and 15th Sikhs got within range and opened fire inflicting some more casualties... 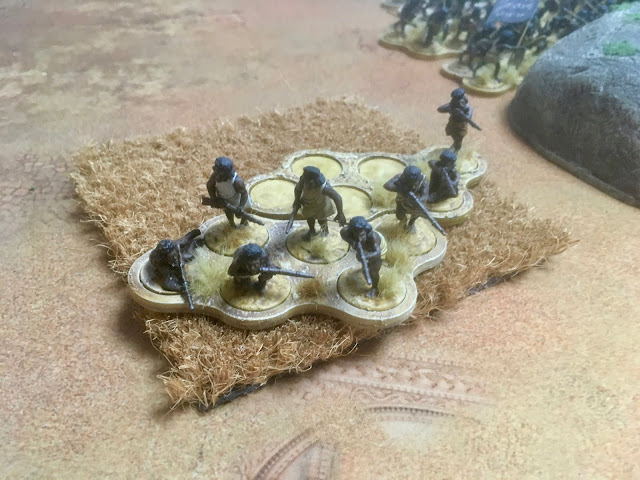 I have to confess that, given their impact in previous games (I am sure George has equipped them with Dragunov sniper rifles!), I was slightly fixated with pinning or destroying his only firearm equipped troops and probably spent a turn too long trying to get rid of them with four units shooting at them!

The Bazingers eventually finished them off, but by turn 8 the bulk of George's army was still safely protected by the hill! (1-0 to Steve) 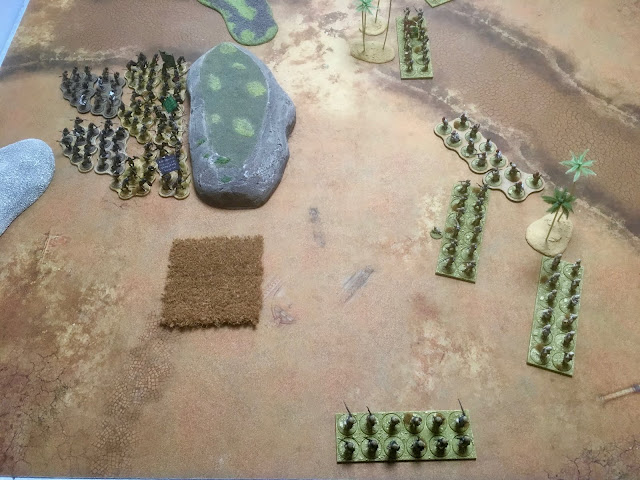 With four turns left, the battlefield looked like this... I needed to move my guys quickly up and start firing into the mass of natives hiding behind the hill. 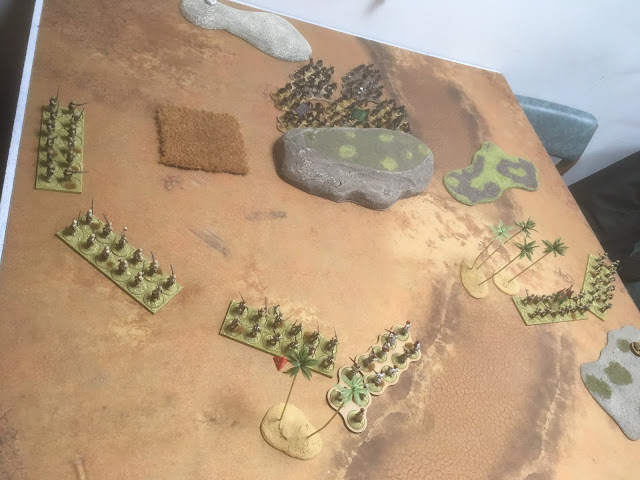 As George has not taken the bait on the right flank I decided to move the 3/66th up to Beja charge range, with the Highlanders of the 92nd protecting their flank. Unfortunately the 15th Sikhs (again) refused to move up the flank allowing them to fire into the flank of the Beja. 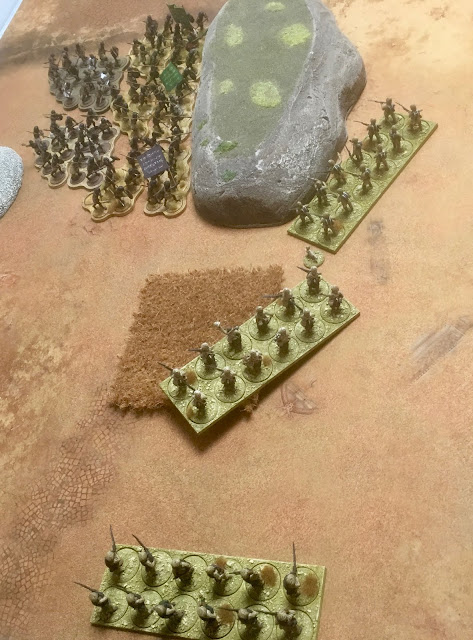 Having finished his tea, read his emails and checked out a neighbouring game of Bolt Action, George decided he needed to roll a few dice so charged one unit of Beja over the hill into the advancing 3/66th... 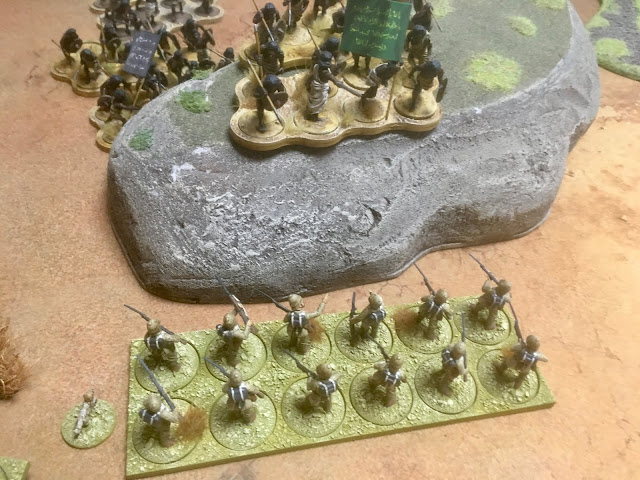 A flurry of bayonets and stabby sticks saw casualties on both sides but the bulk of the 3/66th lay dead and bleeding... 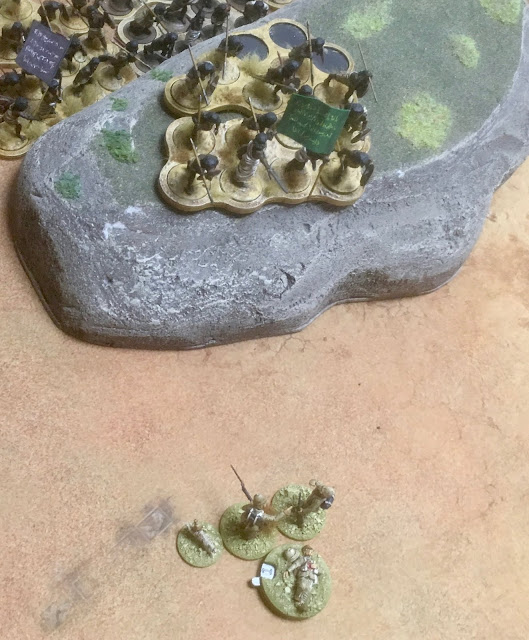 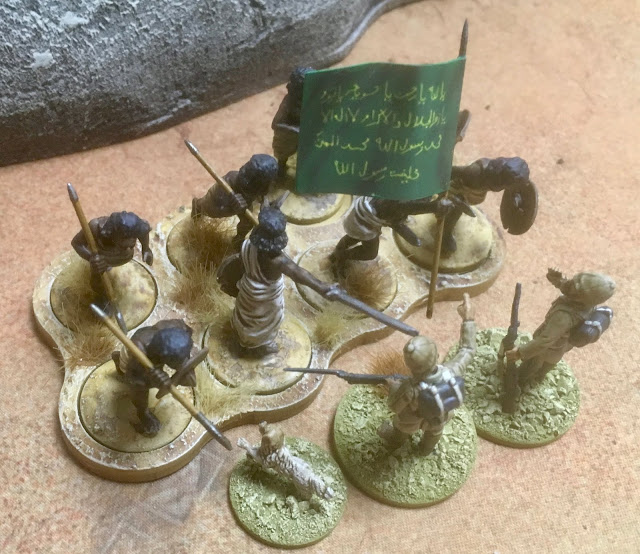 The 92nd them opened up on the victorious Beja killing all but one... 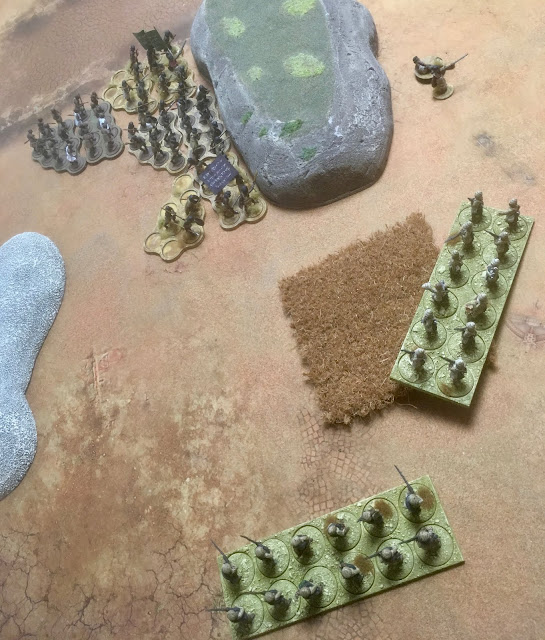 Then the Bazingers skirmished forward, finishing off the Beja (2-1 to Steve) and gaining a foothold on the objective!

As you can also see the 1/66th and 2/66th on the right had been firing away of one of the Beja units from their flank and the Sikhs had some success shooting up and pinning another unit. 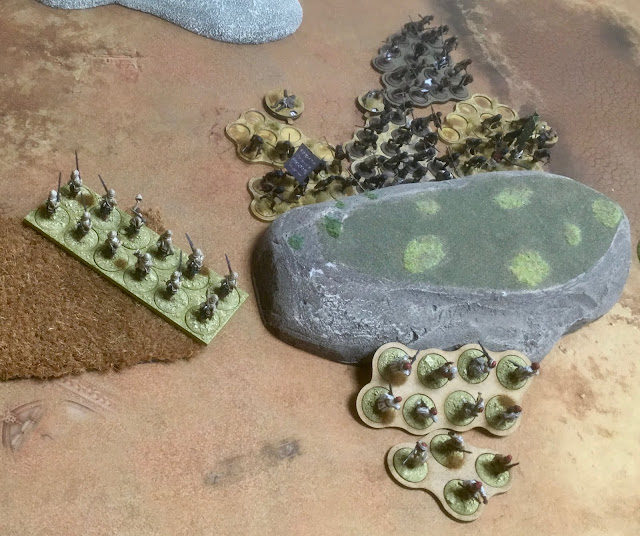 To make matters worse for George all his units within 12 inches of the destroyed Beja had to take a Pinning test and two failed.

However turn 11 saw him Rally ALL his Pinned units and advance one unit of River Arabs onto the hill... 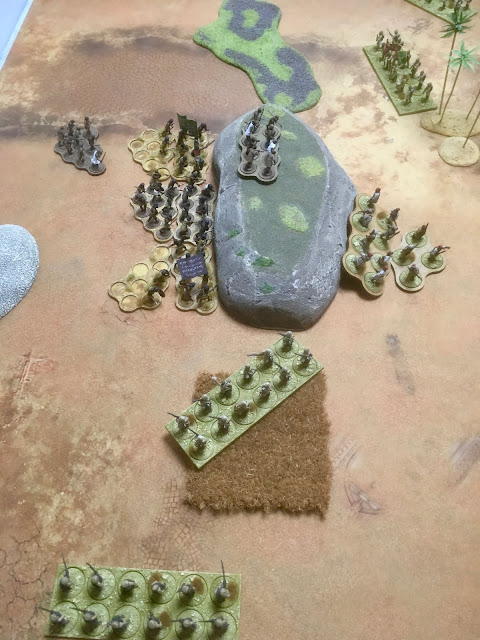 As the game entered its final turn I only had one chance of securing victory. I had to blow away the River Arabs on the hill and hope their destruction would cause George's remaining Beja to Pin... 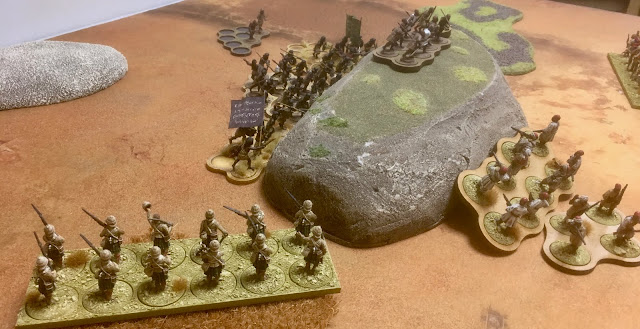 Unfortunately this Hail Mary didn't come off, whilst I inflicted some more casualties on the River Arabs and the Black Flag Beja, it wasn't enough and George was subsequently able to charge one unit of Beja into the Bazingers forcing them off the hill and advanced another into the hill. 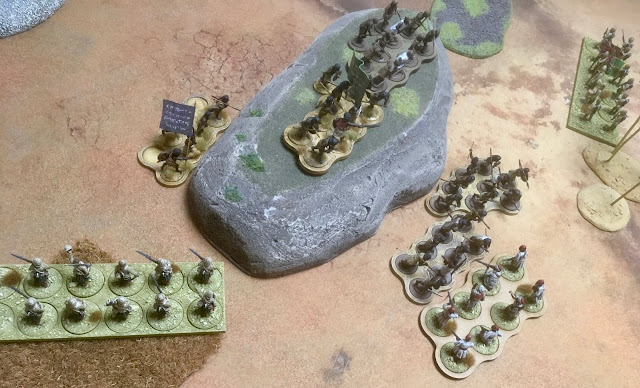 The game ended with George in charge of the objective, winning the scenario 6 VP to 2.

This was something of a strange game with George having little for do for 2/3 of the game! (We both discussed his options at the start of the game and agreed hiding behind the hill was the best one).

Things may have gone my way if some of the Mahdists had failed their pinning rolls on Turn 11 as this would have prevented them moving on Turn 12 but c'est la vie, in retrospect I should have spent less time worrying about the Irregular Infantry rifles and moved by force up the flanks quicker.

I've offered to replay the scenario with the British defending the hill but I'm not sure Goerge likes the idea of his Mahdists advancing onto a line of Martini-Henry's... though I did say it would probably be just like Isandlwana given my track history! :-)
Posted by Steve at 19:36:00