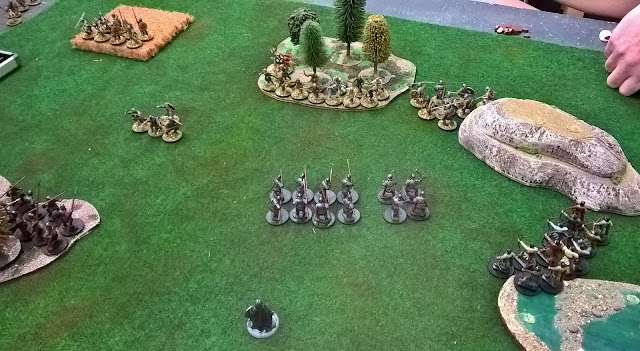 Apart from some lousy positioning during the set up (I did have a plan, Matt just did something else!), my use of the battle board was poor this week and my dice rolling absolutely abysmal. Obviously the Gods of the Saga dice have deserted me for playing with tanks! :D
Posted by Steve at 18:06:00