As I am sure you all know today is the 93rd Armistice Day when we remember the sacrifice of our armed forces. This year holds a bit more significance for me following my visit to the battlefields of the Somme and my son-in-law's (thankfully safe) return from active service off the coast of Libya where his ship came under fire. The BBC has been running a programme this week after Breakfast remembering servicemen and women who have served from 1914 onwards. It was quite sobering to hear that at least one British serviceman has been killed on active service every year save one since the end of World War Two. If you have missed it you can catch up with it on iPlayer. 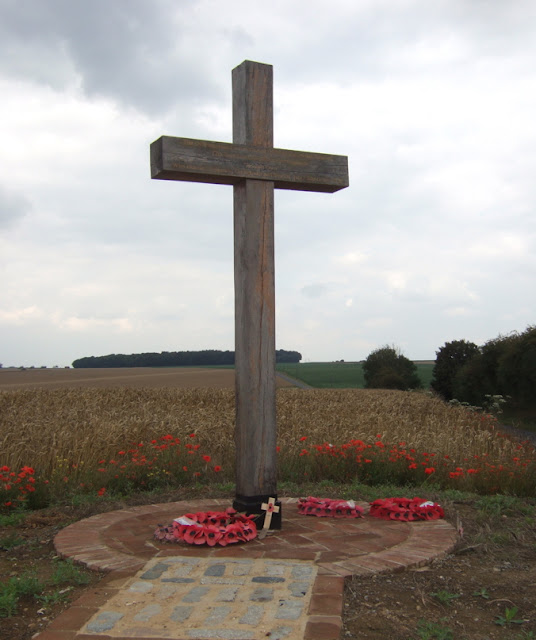 The picture above is one I took of Bristol's Own Cross, a wooden cross located at the crossroads of the Rue de Bazentin and the Ruelle Cambray on the west edget of Longueval village. It is dedicated to the officers and soldiers of the 12th Battalion the Gloucestershire Regiment, known as “Bristols Own”, who died in the battles of July to September 1916 at Longueval, Guillemont and Morval.
Posted by Steve at 09:46:00