Many moons ago I rather randomly picked up a copy of Peter Johnson's excellent Front Line Artists which tells the story of a number of 19th century artists who went on campaign and sketched the events that occurred in front of them, these pictures subsequently appearing in The Illustrated London News, The Graphic etc. I was especially taken by the work of Melton Prior whose incredibly detailed annotated sketches were almost photographic. 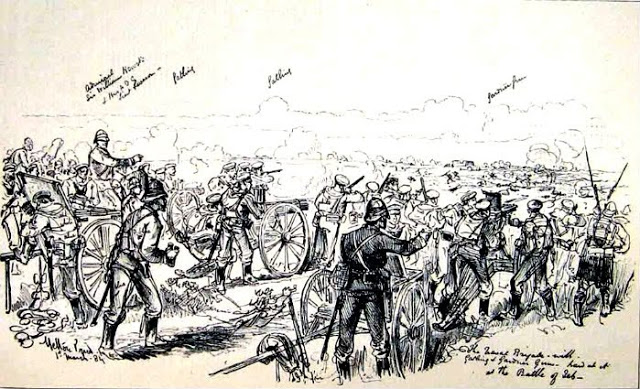 Consequently picking up Perry Miniatures Newspaper Correspondents set was been on my 'to do' list for a while and I was pleased to grab a set along with the Naval Brigade off eBay a while back. Whilst they will serve no real purpose on the table I could not resist painting up Melton Prior and Frederic Villiers (mounted) for this week's game (there is some talk of Sharp Practice colonial by local players so Prior will make a great deployment point if that ever happens). 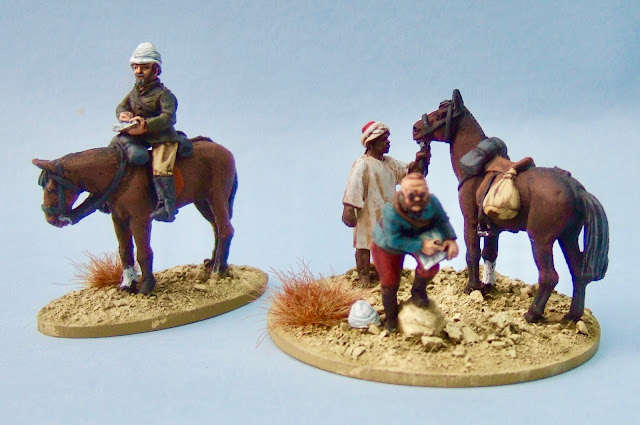