Finished my second Rebels & Patriots unit for service down BIG last night - they started well enough before rolling a double one on an activation and then rolling to retreat double move on the 'bad things' table which saw them bugger off from the field of play! 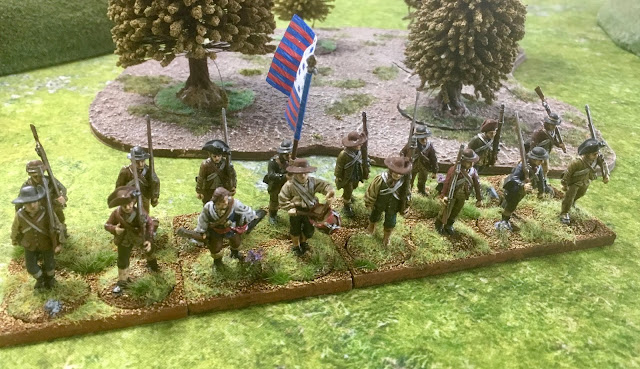 The unit are a Militia unit made of up Perry metals and plastics with a Maverick Models flag. With a  change (or removal) of standard they can be used as Militia for either side of the conflict. 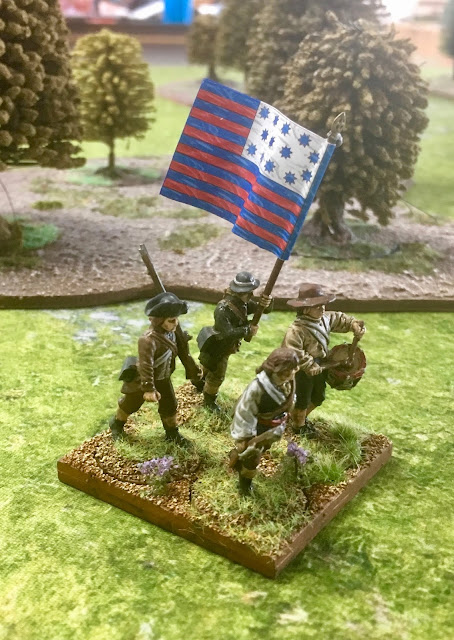 As previously the miniatures were block painted, "dipped" and a few highlights picked out to give that grubby campaign unit that I am looking to achieve... 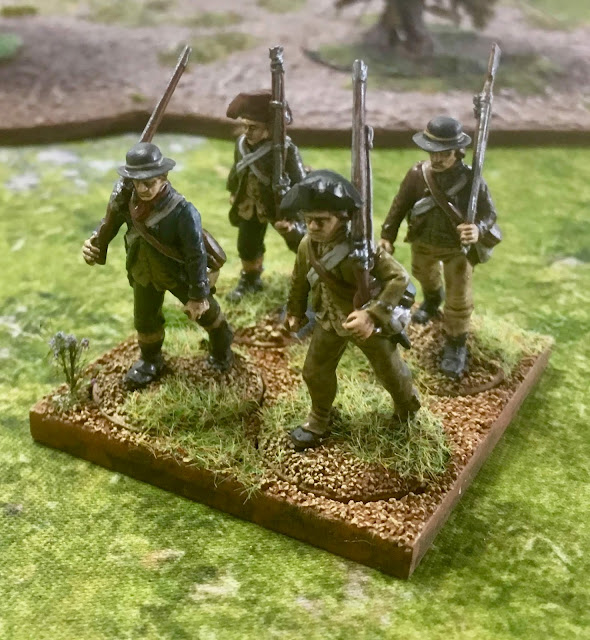